#1 Dental Clinic in Coimbatore, India, Help us to serve you better during COVID epidemic.

There is no one-rinse-fits-all mouthwash. Depending on what a person is looking for, there is a mouthwash to fit their requirement. Each type of mouthwash targets a different dental concern. It may have both positive effects and few potential drawbacks.

Mouthwash can be categorised into 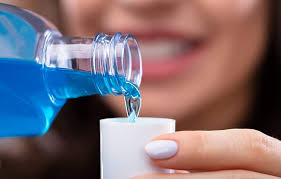 This makes the teeth stronger and resistant to decay. When the patient is prone to more tooth decay, fluoride mouthwash may be of great help. Also persons having orthodontic appliances or prosthesis and after chemotherapy or radiotherapy treatment, Fluoride mouthwashes are very effective.

They are generally used for a short period of time. This mainly consists of chlorhexidine which can cause tooth stains when used for a prolonged period say 3 weeks or more.

Post surgical mouthwashes
These are antiseptic mouthwashes which are used till the healing period which supports better healing.

Points to note while choosing a mouthwash

Toothtown provides high quality dental care treatment in Coimbatore. The dedicated team of experts thrives in providing comprehensive personal treatments for each and every patient.